Flu Fatalities Fabricated by the CDC for Decades

For years, the Centers for Disease Control (CDC) has been citing an annual estimate of 36,000 deaths from flu. That figure has been used to justify mandatory flu vaccination for children and has been parroted the world over by news organizations that never question its validity.

But even these new figures are actually fabricated and false. The CDC has always used a mathematical estimate based on an assumption that if a death certificate had “respiratory or circulatory disease” listed as a cause of death, then it should be counted as a “flu-related” death! The Journal of American Physicians and Surgeons has been highly critical of the CDC’s methodology.

A closer examination of the CDC’s National Center for Health Statistics (NCHS) figures shows that in 2001, there were only 257 deaths directly attributable to flu, and in only eighteen cases was the flu virus positively identified. Between 1979 and 2002, NCHS data show an average of 1,348 actual flu deaths per year—a mere 5.7% of the “new and improved” estimate. The article, published in the British Medical Journal, concludes that “If flu is in fact not a major cause of death, [the government’s] public relations approach is surely exaggerated. Moreover, by arbitrarily linking flu with pneumonia and other lung diseases, current data are statistically biased. Until corrected and until unbiased statistics are developed, the chances for sound discussion and public health policy are limited.”

In November 2008, Dr. Clark Hansen, of the Hansen Clinic of Natural Medicine, in Scottsdale, Arizona, was already pointing out the exaggerated numbers. His research had found that the National Vital Statistics Report showed that in 2007 there were only 457 deaths due to Infuenza, while the CDC was claiming 36,000. “This over reporting of Flu deaths may be intended to scare more Americans into getting the Flu shot each year,” says Dr. Hansen. The CDC chooses to lump the average 500-1000 deaths due to Influenza with the average 60,000 deaths due to Pneumonia every year to come up with their announced 36,000 deaths due to the flu. (To see the actual numbers your self for 2007, go to http://www.cdc.gov/nchs/data/nvsr/nvsr58/nvsr58_01.pdf, then scroll to the bottom of page 18) 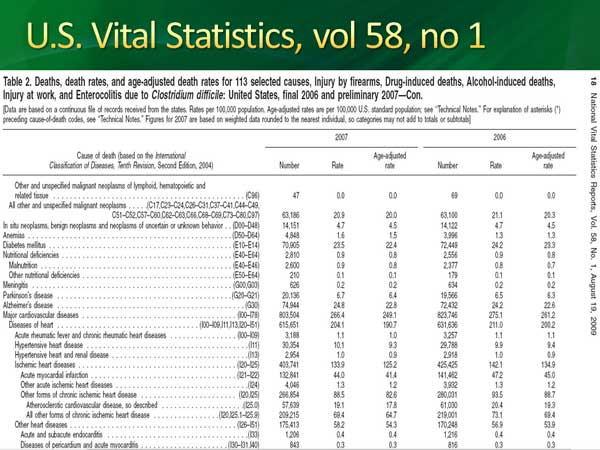 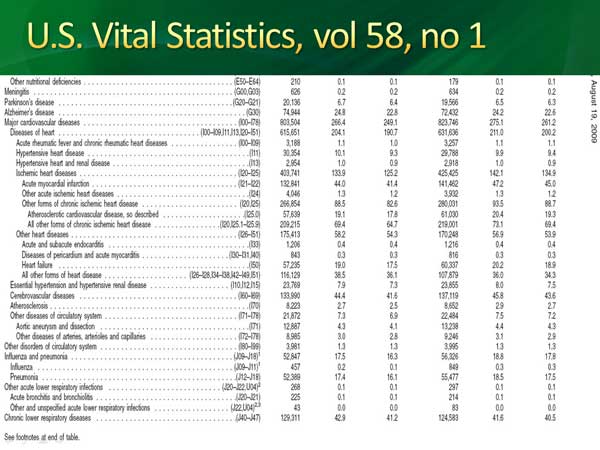 We were told in recent years that there would be so many cases of bird flu that it would stun the world. Those concerns were totally unfounded. Then there was the swine flu panic last year, with the government overbuying the H1N1 vaccine—71 million doses—to the tune of $260 million and promoting it without proper tests. Where is all that valuable medicine now? In the garbage. But the CDC goes on releasing bogus data to amp up the hysteria—an act that would have any private company or individual hauled in for fraud.

The real problem here is that our government has become a full partner with drug companies in the vaccine business. This has led to a crony capitalist environment in which the government can no longer be trusted to tell the truth. Meanwhile, not a word from the media discussing the real influenza preventative: Vitamin D.

Vitamin D is safe and effective for the prevention and treatment of seasonal flu and H1N1 flu. The scientific research is clear. Yet CDC, FDA, NIH, and HHS continue to tow the vaccine only line, working in close partnership with vaccine manufacturers who will make billions of dollars and who have been shielded from any liability by Congress.

This obsession with a vaccine approach makes little sense given the lack of time to test the vaccine for safety and efficacy and the challenge of producing enough vaccine on time. It makes even less sense when there are natural ways to prevent and treat the illness that have been thoroughly validated by science.

We are all familiar with the adaptive immune response. Our bodies mount a defense against a new invader and then maintain antibodies against future attacks by the same invader. This is exactly how vaccines are meant to work. But for such an immune response to work, your own immune system has to be primed and ready to do its job. Good nutrition is critical for this. Vitamin D-3 is especially critical. Your immune system will not work without it.

Common sense tells us that what we eat will strengthen or weaken our immune systems. For some of the science behind this, see an article by Laura Landro, published in the November 24, 2009, issue of the Wall Street Journal. But even the best diet will not give us the amount of Vitamin D needed for the immune system to reach its full potential.

For more details about the science supporting the use of Vitamin D supplements to prevent the flu, please see the related article: Vitamin D Prevents Flu / Infections.

Natural Alternatives for the Flu