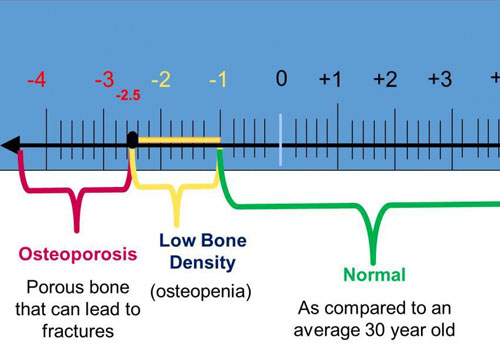 Don’t wait until you are hunched over or suffer a fall and fracture your hip before you think about your bones. Less than 10% of all women who are at risk of osteoporosis get properly diagnosed or treated.

Most women fear getting osteoporosis, yet they also fear taking bisphosphonate drugs like Fosamax and Boniva, given to treat osteoporosis. And rightly so, these drugs are known to be associated with serious side effects, including a sudden shattering of the thighbone or an erosive decaying of the jaw.

Since Osteoporosis is silent until it breaks your hip
and the drug side-effects are so awful,
many women fail to do anything until its too late.
The one drug that has been shown to build bone, Forteo, is rediculously expensive with an average retail price of $3100 for a one month supply, according to Michael Rea, the chief executive of Rx Savings Solutions, a company that provides prescription pricing information. That is triple the drug’s average 2010 retail price, he said, adding that for the past three years Lilly, the maker of the drug, has raised Forteo’s price twice per year by 9 to 15 percent each time. And even more frightening than the price of the drug is the fact that it has to be given by daily injections AND it can only be taken for two years because it has been found to increase the incidence of bone cancer in rats.

The good news is, there is a safe and effective
natural alternative that actually rebuilds healthy bones!
The Bio-identical Hormones Estriol and Progesterone, stimulate the bone’s natural osteoblasts to make new bone. Osteoblasts synthesize very dense, crosslinked collagen, and several additional specialized proteins, including osteocalcin and osteopontin, which compose the organic matrix of bone. Estriol and Progesterone are the natural bone building hormones created by nature to keep bones healthy. God holds the patent to these Bio-identical Hormones, so drug companies cannot patent them.

In order for drug companies to make money, they have to create something that doesn’t already exist on planet earth. A patent drug gives them a 20 year exclusivity and allows them to sell the drug for billions before other drug companies reverse engineer their patent and make a close enough copy to make a generic look-a-like drug that may or may not work as well and may have even more side-effects.

What You Should do?