Top Ten Reasons NOT to have Total Knee Replacement Surgery 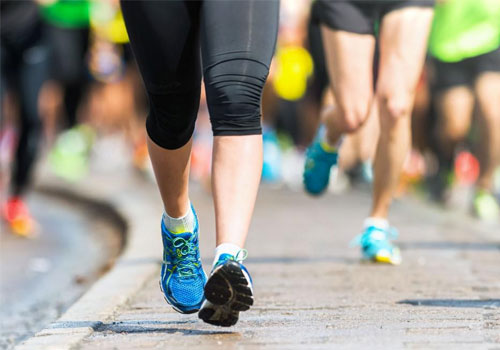 If you are considering joint replacement surgery, please don’t do anything until you watch this video and read the following report. Cellular Therapy is a safer alternative that you should seriously consider.

These 10 facts come from the Regenexx website. Our goal is to provide information that will help you make the right choice for you.

Why do these heart attacks happen? In our office we call these surgeries “amputation with insertion of prosthesis.” When you completely excise a joint, there is severe trauma to the blood vessels and bone marrow space. This trauma likely leads to a higher risk of blood clots that can travel to the heart and obstruct the arteries. In addition, for some patients the stress of undergoing the joint amputation may be enough to induce a heart attack.

Conclusion: Avoiding a knee or hip replacement lessens your risk of a heart attack.

Conclusion: To eliminate your risk of bleeding stomach ulcers due to knee or hip replacement, consider other treatment options besides surgery.

3. Metal Ions in the Blood Caused by Knee or Hip Replacement

Our website shares known knee replacement complications surrounding wear particles. Wear particles are microscopic pieces of metal, ceramic, or plastic that break off of the knee or hip prosthesis and irritate the local tissues and/or enter the bloodstream. These issues are more significant now that new partial or resurfacing knee and hip replacements are becoming popular, as these new devices need to be metal to withstand the additional stresses placed on smaller parts.

Conclusion: While we don’t know the long-term implications of these higher serum metal concentrations in knee and hip replacement patients, obviously, high levels of metal in the blood is not a good thing. And the alternatives being used to attempt to eliminate the wear creating these hazardous metal ions are creating their own toxic mix of wear particles. The bottom line is there is no safe hip replacement option right now, which should concern anyone considering having this invasive surgery.

You might think we must know that the knee replacements performed every day work very well; after all we perform 600,000 of these procedures annually, they’re FDA approved, and knee replacement devices are paid for by every insurance company. While there is some data from various studies, a large study that looked at long-term data was very disappointing. In fact, it argues that we should be looking at knee replacement alternatives.

A Lancet article raised some concerns about the wide range of patients who were receiving total knee replacements. Their concern was that there were not only patients who were disabled by knee pain but also patients with only mild symptoms. Our website discusses the issue of joint replacement device manufacturers aiming their advertisements at a younger and more active population with knee pain. You can’t watch TV without seeing commercials with young and active people advertising the latest knee and hip replacement device. In fact, with knee and hip arthritis rates soaring in younger people, the manufacturers of these devices have found a new and bigger market than in the elderly.

The study author noted that the growing number of younger people undergoing knee replacement surgery is something of a mystery. In fact, they noted that an international panel found that surgeons’ recommendations for knee replacement were not correlated with pain, disability, or radiographic severity. The study author commented that only patients with long-standing pain at night or pain with weight bearing (just walking) should undergo the invasive surgery. Finally, the authors noted that knee replacement alternatives that are nonsurgical should receive major research attention.

Knee arthritis is a problem whereby the cartilage inside the joint gets worn out and degraded. The bone then reacts (or as a new study shows the bone actually reacts first in arthritis) and begins to deform with bone spurs. In some patients the knee becomes very painful, however in others it doesn’t. This is the conundrum of knee arthritis—you generally can’t tell who hurts by looking at the severity of their x-ray or MRI.

Knee replacement is one option to treat arthritis. However, despite massive increased risks for heart attack and stroke, many patients surprisingly have pain after a knee replacement. For example, the most common pain score after knee replacement in one study was a staggering 5 out of 10! Why would you take this huge risk if you’re not virtually guaranteed that your knee will be without pain?

There is an interesting study on the percentage of patients who continue to experience severe persistent pain despite having their knees replaced. What was really surprising was that 44 percent of total knee replacement and 27 percent of total hip replacement patients continued to experience postsurgical pain of any severity three to four years after surgery. More surprising was that 15 percent of total knee replacement patients reported severe to extreme persistent pain despite invasive knee surgery. The persistent pain was most commonly described as aching, tender, and tiring. In addition, major depression was more common for patients experiencing pain after knee replacement. This is likely a confounder, as who wouldn’t be depressed if there was still severe knee pain after going through an invasive surgery to get rid of knee pain?

Severe pain despite joint replacement is more common than we would have guessed, and based on our experience, it is often caused by an inaccurate diagnosis of the pain generator before surgery.

Conclusion: Most patients who opt for a knee replacement would peg the likelihood that they would be pain free after the surgery at 90% or more. However, this isn’t reality. If you’re considering a knee or hip replacement, it likely makes sense to insist that someone take the simple step of numbing the joint under imaging guidance to ensure that the joint is really the culprit. If this doesn’t take away over 75% of the pain, this isn’t the surgery for you. In that case keep searching for a cause (which in our experience is often nerve issues in the low back).

The writer of the article compared that whopper $50,105 cost to the average income in all 50 states. She also adjusted that mean cost of the surgery by state. Eighteen US states had knee or hip replacement costs that exceeded their average annual income. Perhaps more disturbing is that 7 in 10 Americans don’t have enough saved to cover the cost in retirement. Even if the surgery is covered by a solvent Medicare program, the 20% out-of-pocket costs would completely or substantially drain the life savings of 60% of Americans. Is it time for a less invasive knee replacement alternative?

The states in which the cost of the procedure exceeds income are listed below. Is yours on the list?

As we’ve discussed, these surgeries are associated with wear particles that can spike metal levels in the blood, huge increases in heart attack and stroke risk, and wearing out at fast rates in active people, and the outcomes aren’t as good as usually advertised.

US healthcare is very expensive. As a country we have missed a huge opportunity to fix our cost problem by not turning the healthcare market into a consumer-driven model.

Conclusion: Why pay huge amounts in copays, deductibles, or cash for invasive and risky surgeries that have huge side effects and so-so outcomes? Instead, consider treating your arthritis through a simple stem cell injection.