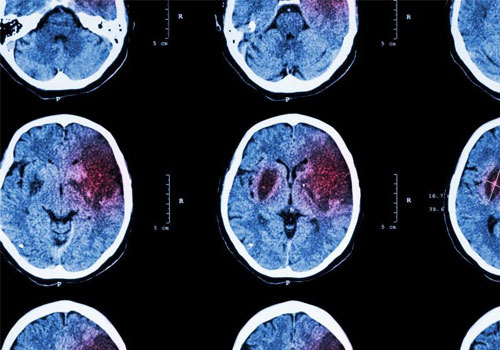 The results of a small clinical trial offer hope for people left with motor impairment following a stroke, after finding that an injection of adult stem cells into the brain restored motor function for such individuals, to the extent that some patients regained the ability to walk.

While the trial only included a small number of stroke participants, the results have been met with much positivity, with some health experts claiming the findings could lead to “life-changing treatments” for stroke patients.

In the United States each year, more than 795,000 people have a new or recurrent stroke. Ischemic stroke is the most common form, accounting for around 87 percent of all strokes. It occurs when the flow of oxygen-rich blood to the brain becomes blocked, primarily due to blood clots. Hemorrhagic stroke accounts for around 13 percent of all strokes, arising from leaking or ruptured blood vessels in the brain.

Exactly how stroke affects a person is dependent on what side of the brain it occurs and the amount of damage it causes. Some individuals may experience temporary arm or leg weakness, for example, while others may lose the ability to speak or walk.

According to the National Stroke Association, around 2 in every 3 stroke survivors will have some form of disability, and stroke is the leading cause of disability among American adults.

There are treatments available for stroke, such as tissue plasminogen activator (tPA) – considered the “gold standard” treatment for ischemic stroke. It works by dissolving the blood clot that is blocking blood flow to the brain. However, tPA needs to be administered within hours of stroke occurrence, in order to maximize the likelihood of recovery – a time period that Dr. Steinberg and colleagues note is often exceeded by the time it takes for a patient to arrive at the hospital.

If the treatment is not received in time, the chance of a full recovery from stroke is small. But in the new study, researchers found stem cell transplantation improved patients’ recovery when administered up to 3 years after stroke.

‘Patients who were in wheelchairs are walking now’

For their study, the team enrolled 18 individuals – of an average age of 61 – who had experienced a first stroke 6 months to 3 years previously. All participants had motor function disability as a result of their stroke; some patients were unable to move their arm, while others were unable to walk. Each patient underwent stem cell transplantation, which involved drilling a hole into the skull and injecting stroke-damaged areas of the brain with SB623 cells.

SB623 cells are mesenchymal stem cells (MSCs) that have been taken from the bone marrow of two donors and modified to boost brain function. After the procedure, each patient was monitored through brain imaging, blood tests, and clinical evaluations. Within a month of the procedure, the researchers noticed that the patients started to show signs of recovery, and such improvements continued over several months.

On the motor function component of the Fugl-Meyer assessment – a stroke-specific impairment test – patients experienced an overall 11.4-point improvement.

Furthermore, Dr. Steinberg notes that these improvements have been sustained for at least 1 year and more than 2 years for some patients.

“This wasn’t just, ‘They couldn’t move their thumb, and now they can.’ Patients who were in wheelchairs are walking now.” Dr. Gary Steinberg

One participant who saw a significant improvement in motor function following the stem cell procedure is 36-year-old Sonia Olea Coontz, of Long Beach, CA. After experiencing a stroke in May 2011, she lost the use of her right arm, and while she had some use of her right leg, she often required the use of a wheelchair. Following the surgery, however, Coontz says her limbs “woke up,” and Dr. Steinberg and colleagues hope the procedure could offer the same outcome for millions of other stroke survivors.

“There are close to 7 million chronic stroke patients in the United States,” says Dr. Steinberg. “If this treatment really works for that huge population, it has the potential to treat stroke, as well as other neurodegenerative disorders.”

The researchers were surprised to find that after being injected into the brain, the SB623 cells only live for around 1 month, yet patients continued to show improvements for several months. Dr. Steinberg speculates that, soon after implantation, the SB623 cells secrete deposits near areas of the brain damaged by stroke, and these boost reactivation or regeneration of nerve tissue, which improves motor function. The researchers believe that such a treatment may not be limited to stroke patients – it has the potential to treat a number of brain injury-related conditions.

“This could revolutionize our concept of what happens after not only stroke, but traumatic brain injury and even neurodegenerative disorders. The notion was that once the brain is injured, it doesn’t recover – you’re stuck with it. But if we can figure out how to jump-start these damaged brain circuits, we can change the whole effect. We thought those brain circuits were dead. And we’ve learned that they’re not.” Dr. Gary Steinberg

The researchers note that 78 percent of the participants experienced temporary headaches, which they say was related to the transplant procedure. Some of the patients also experienced transient nausea and vomiting, though no significant blood abnormalities were identified.

One key benefit to using mesenchymal stem cells, according to the authors, is that they are not rejected by the immune system, despite them being derived from the bone marrow of donors. In this study, none of the participants received immunosuppressant drugs.

The researchers are now in the process of recruiting for a randomized, double-blind, multicenter phase IIb trial, which will further assess the safety and efficacy of the stem cell procedure in 156 stroke patients with motor disability. Commenting on the team’s findings, Dr. Shamin Quadir, research communications manager at the UK’s Stroke Association, says:

“Although it’s still early days in stem cell research, these findings could potentially lead to life-changing treatments for stroke patients in the future.”
Article Written By Honor Whiteman

What Does Dr. Hansen Recommend?

Dr. Hansen explains that other researchers have shown that Mesenchymal Stem Cells (MSCs) can be given in much larger doses by IV Infusion, than were used in Dr. Steinberg’s Clinical Trial described above, which therefore overcomes the need for crainiostomy surgery to drill through the skull of patients to implant the stem cells into the affected area of the brain.

Instead, Dr. Hansen recommends an IV Infusion of 90 Million Human Ummbilical Cord Tissue (HUCT) Mesenchymal Stem Cells (MSCs) for Stroke Recovery rather than drilling through the cranium to inject only 10 Million MSCs. One of the amazing characteristics about Stem Cells is the fact that they do cross the blood brain barrier when infused by IV injection and they track cell signals from damaged tissues anywhere in the body, travel to that area and release anti-inflammatory agents and healing growth factors to repair damaged tissue in addition to stimulating the body’s own Stem Cell reservoir to supplement, repair or replace damaged and dysfunctional brain cells, even years after the stroke originally occurred.

I agree with the FDA Commissioner, Dr. Scott Gottlieb, M.D., who recently said the following, “We’re at the beginning of a paradigm change in medicine with the promise of being able to facilitate regeneration of parts of the human body and adult stem cells can generate replacements for cells that are lost to injury or disease. This is no longer the stuff of science fiction. This is the practical promise of modern applications of regenerative medicine.”

If you would like to speak with Dr. Hansen to discuss your condition or that of a loved one and ask additional questions, click here to schedule a FREE 10 min Consultation.