Are You Already Immune to the Coronavirus?

DISCLAIMER NOTICE: Dietary supplements have not been approved by the Food and Drug Administration to prevent, treat, diagnose or cure any disease. Though the studies discussed in this article suggest a role for these products in mitigating COVID-19, any use in the prevention or treatment of COVID-19 has not been proven to be safe and effective by randomized double-blind, placebo-controlled studies. They are not intended to be a replacement for proper public health measures or diagnosis or treatment by your doctor.

Why are we accepting the shutting down our lives and our livelihoods when 97-98% of the population is able to subdue and eliminate SARS-CoV-2 before it causes any serious harm? This virus is only causing serious illness in 2-3% of the population? Although it is very infectious and has become a pandemic that has swept across the world, our Innate/Cellular Immune system is more than capable of stopping it.

The truth is 97-98% of the 2 million people worldwide who have an active case of COVID-19 right now have a Mild Condition and only 2-3% are Serious or Critical.

On April 27, random antibody testing in New York State for Coronavirus found that 15% of those tested have positive antibodies against Coronavirus, which means that in the state of NY alone there are an extra 3 million people who have been infected and have recovered and now have permanent immunity. Gov. Andrew Cuomo said that the number of statewide random antibody tests has expanded from 3,000 to 7,500, which reveals a better picture of the extent of coronavirus spread in New York. With a range of 3.2% in rural areas to 24.7% testing positive in NYC, Cuomo said the statewide average is 15% testing positive to random testing. These are random people with no known exposure and mild or no symptoms. This means that there are likely an additional 3 million New Yorkers who have been infected with the Coronavirus and therefore have already developed IgG antibodies, indicating that they are now immune to the virus.

The random antibody testing in NY confirms the findings of another recent report based on data from China that found that for every known case of infection, there could be up to 10 people with the virus who have such a mild case that they have no symptoms and who remain unidentified in the community.

A new report based on random antibody testing of asymptomatic residents in LA County, conducted by USC and the Los Angeles County Department of Public Health, shows that 4.1% of the county’s population has antibodies to the virus. That estimate is 28 to 55 times higher than the confirmed cases of COVID-19 reported to the county at the time of the study in early April.

Australian researchers collected data from 13 global studies and calculated the median Infection Fatality Rate ranges from 0.49 to 1.01 percent, with a median of 0.75 percent. Smaller scale studies done in Finland, Germany, Sweden and the US have suggested that the death rate is somewhere between 0.19 and 0.79 percent.

Official statistics are currently giving inflated death rates because they have only been measuring ER and hospital admission cases.  As we begin to add widespread random testing of the general population we are learning that the actual Infection Rate in the US is 10 to 50 times higher than previously measured, which means that 10 to 50 million more Americans have already been infected with SARS-CoV-2 and are now Immune and will test Positive for IgG Antibodies.

“Probably hundreds of thousands of people have already had Covid-19, didn’t know they had it, and recovered. Should be tested for antibodies so they could go back to work and keep the economy going.”

As Many as 50-75% of all Positive Cases are Asymptomatic

A study published in the British Medical Journal, suggested that in China, as many as 78% of people who tested positive to Coronavirus-2019 had no symptoms. Similar research from Italy shows that 50%-75% of people who test positive for the virus were asymptomatic. Additionally, a large scale study of the population in Iceland has also shown that approximately 50% of those who tested positive to Coronavirus were asymptomatic.

These new studies are very positive news because they confirm that as many as 15%, or 49 million Americans, have already been infected with Coronavirus and recovered and 50-75% of them never even knew that they had been exposed due to lack of symptoms. That simply means that their immune systems stopped it dead in its tracks and prevented it from causing any symptoms. As we do more testing, we will undoubtedly find that the number of mild or asymptomatic cases will go way up to 98-99% and the death rate will go  down 10 to 50 fold to 0.16%, which is equivalent to a bad flu season.

“If one assumes that the number of asymptomatic or minimally symptomatic cases is several times as high as the number of reported cases, the case fatality rate may be considerably less than 1 percent. This suggests that the overall clinical consequences of COVID-19 may ultimately be more akin to those of a severe seasonal influenza.” March 27, 2020, Anthony Fauci, Director, NIAID

Everyone Should get Tested for IgM and IgG antibodies

What we really need right now is increased, widespread, accurate and rapid SARS-CoV-2 antibody testing so we can find out the real numbers and see how many of us have already been infected and recovered and are now immune.  When we do, we will most likely be astounded to see that 10x more people than previously known have already been infected and recovered, which means that there are 10x fewer people to get infected or spread the infection to others.

Why Did We Not Have Antibody Testing Earlier?

The National Institutes of Health (NIH) and the National Institute of Allergy and Infectious Disease (NIAID) had not prepared for lab testing in the face of a pandemic. They had only made preparations for the development of vaccines and anti-viral drugs.

CDC bungling of early Coronavirus testing and the FDA bureaucratic red tape also seriously delayed the development and the distribution of testing for the general public. We should have had accurate IgM/IgG Rapid Antibody testing available in February. However, the only tests that were available until April 25th were questionable test kits from China. Both Ireland and India purchased millions of test kits from China only to find out that they were inaccurate 95% of the time and could not be relied upon.

At the Hansen Clinic we only use labs that use testing equipment that is made in the US and has a high level of accuracy and specificity to SARS-CoV-2. We have chosen to use Diazyme Laboratories because their testing machines were developed and manufactured in the US and offer the most accurate and specific IgM and IgG SARS-CoV-2 testing currently available. 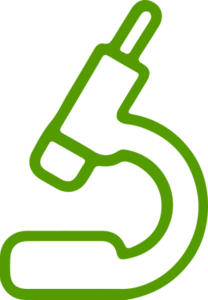 We run our COVID-19 antibody panel on a high-precision immunoassay analyzer that utilizes enzyme-amplified chemiluminescence technology (CLA). The SARS-CoV-2 IgM/IgG CLA utilizes this highly sensitive technique to detecet even very small amounts of IgM and IgG antibodies for SARS-CoV-2. These machines are developed and manufactures in the U.S. and offer the most accurate IgM and IgG coronavirus testing currently available. In a human study of COVID-19 patents, the combined 19nCoV igM + IgG test was found to have a clinical sensitivity of 95.5% and a clinical specificity of 96%.

Costs and Where to Get SARS-CoV-2 Antibody Testing

On April 11, 2020, the federal government issued guidance aimed at expanding private insurance to cover COVID-19 coronavirus testing and other related services at no cost to encourage the use of antibody testing that may help to enable health care workers and other Americans to get back to work more quickly.

As part of the effort to slow the spread of the virus, this guidance is another action the Trump Administration is taking to remove financial barriers for Americans to receive necessary COVID-19 tests and health services, as well as encourage the use of antibody testing that may help to enable health care workers and other Americans to get back to work as soon as possible.

“It is critical that Americans have peace of mind knowing that cost won’t be a barrier to testing during this national public health emergency,”
– Seema Verma, CMS Administrator

The guidance follows a March meeting between President Donald J. Trump and representatives of major health insurance companies in which the representatives committed to covering COVID-19 testing without cost sharing. It implements the Family First Coronavirus Act and the CARES Act which codifies this commitment into law, the release says.

Group health plans and group and individual health insurance are now required to cover both diagnostic testing as well as certain related items and services provided during a medical visit without any cost sharing. Visits that result in an order or administration of a COVID-19 test include:

Covered testing includes all FDA-approved COVID-19 tests, tests where the developer has requested authorization on an emergency basis, and tests developed and authorized by states. Antibody testing will also be covered, the release says.

The Hansen Clinic is offering testing to all of its patients. The cost of the test is $169, which according to the release listed above, will be reimbursed by the patient’s group or individual health care insurance company.

Contact us Today to Schedule Your Coronavirus Antibody Test!

Share on facebook
Facebook
Share on twitter
Twitter
Share on linkedin
LinkedIn
NOTICE: Medical research and clinical experience suggests that the Dietary Supplements, lifestyle recommendations, products or services listed on this website may limit or alleviate some of the complications associated with immune challenges associated with viral infections.
The FDA has not approved these therapies expressly for use in COVID-19 or any viral disease. At this time there is no currently FDA approved drug or vaccine for COVID-19.  The suggested use of any Dietary Supplement listed on this website lacks FDA approval for and are not intended to treat any disease indication, but only offered for symptomatic relief. Although there is medical and clinical  evidence supporting such use, that evidence may not rise to the level necessary for acceptance by medical insurance carriers, medical associations, health professionals, or regulatory agencies. There may be active professional disagreement and some professionals and regulatory agencies may be of the opinion that some the listed recommendations on this website may not be helpful or may be inappropriate.