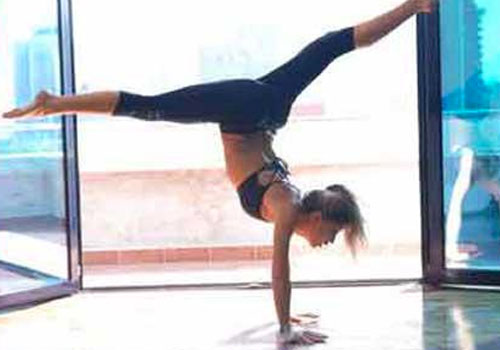 Growth Hormone (GH ) is one of many endocrine hormones, like estrogen, progesterone, testosterone, Melatonin and DHEA, that all decline in production as we age. Hormones are tiny chemical messengers continuously secreted in the bloodstream in order to regulate the activities of the vital systems of the body. Aging is associated with a typical decline in Growth Hormone that can be most accurately measured by testing the IGF-1 level.

On its own, Growth Hormone is difficult to measure because of its pulsatile variation throughout the day. However, Insulin-like Growth Factor-1 (IGF-1) is a related hormone produced in response to the secretion of GH that can be used to measure GH activity. Unlike the pulsatile pattern of Growth Hormone secretion, IGF-1 levels are relatively constant and provide a superior marker of GH status in the body. Low levels of IGF-1 are associated with decreased cardiac function, increased visceral fat mass and frailty due to decreased lean muscle mass.

GH supplementation has been found to reverse age-related symptoms including increased body fat, decreased muscle mass, increased cholesterol, decreased stamina and energy, decreased mental function, wrinkling of the skin and loss of cartilage or other connective tissue. When GH levels fall below the optimal range, supplementation can boost the body’s internal supply and production.

What is Growth Hormone?

Growth hormone is a naturally occurring hormone that is ecreted by the pituitary gland. It is a very small protein substance that is chemically similar to insulin. It is secreted in short pulses during the first few hours of sleep and after exercise. GH promotes growth of cells, bones, muscles and organs throughout the body throughout life.

Every three years approximately 90% of the cells in the human body are remade. The body is composed of more than 100 trillion cells that are continuously dying and regenerating. The brain and the nervous system retain their original cells; however, in the brain new proteins are continuously being produced to store memories of every new experience. Overall intelligence and the ability to learn and memorize all depend on adequate growth hormone.

Our bodies naturally produce GH in abundance when we are young, but its production gradually slows over time. Production of GH peaks during adolescence and falls after the age of 21 by about 14% per decade. By age 60 GH production is reduced by one-half. Healthy humans produce 500 micrograms per day at age 20, 200 micrograms per day at age 35. Between the ages of 70 and 80, the GH production can drop as low as 25 mcg per day. Individuals with higher levels of GH appear more youthful and report greater vitality and stamina.

Signs and Symptoms of GH deficiency

If you are diagnosed with Growth Hormone deficiency, it may come as a surprise. That’s because growth hormone-deficient adults may have been told that their symptoms were simply due to “aging.” Signs and symptoms associated with GH deficiency include:

Because many other conditions can also cause these symptoms, it is very important to see a doctor trained in assessing all of your hormones if you suspect GH deficiency.

GH deficiency can be caused by your own genetic programming, or other environmental influences, including excessive oxidation, damage to the pituitary gland, surgery or radiation treatments that affect the pituitary.

Most people falsely believe that aging causes our hormones to decline, but the truth is, we age because our hormones decline. The chart below shows the declning levels of IGF-1 that occurs as we age. However, research has shown that by supplementing Growth Hormone or stimulating its production with natural polypeptides like Sermorelin, which is a natural Growth Hormone Releasing Hormone (GHRH), we can restore GH levels back to the level of a 25-30 year old and reverse many of the signs of aging.

Population Variation by Age and Gender

Sermorelin is a bio-identical hormone supplement that stimulates the Pituitary gland to release Growth Hormone. It is known as a Growth Hormone Releasing Hormone (GHRH). It has been shown to increase lean muscle mass, reduce body fat, increase bone density, enhance the immune system, and strengthen the heart, as well as, other organs of the body.

Sermorelin is a man-made, shortened version of the first 29 amino acids of Growth Hormone Releasing Hormone (GHRH) that is naturally produced by the brain to stimulate pituitary production of human growth hormone. The increased quantity of human growth hormone (hGH) produced by the pituitary gland causes an increase in the production of Insulin-Like Growth Factor-1 (IGF-1) by the liver that results in the benefits of this bio-identical hormone.

Sermorelin stimuates the release of GH, which stimulates the release of IGF-1. The increased amount of IGF-1 in the blood stream results in an increase in metabolism and growth of new cells within the body’s organs and bones. Sermorelin has been shown to stimulate an increase in lean muscle mass, reduce body fat, increase bone density, increase collagen and the production cartilage, ligaments and tendons, enhance the immune system, and strengthen the heart and other organs of the body. Since the increased quantity of human growth hormone is produced by the body’s pituitary gland, which has an internal monitoring system, the body’s endocrine system will not allow more growth hormone to be produced by Sermorelin/GHRH stimulation of the pituitary than the body can safely process within the endocrine self-monitoring system.

The discovery of Sermorelin is considered a major breakthrough alternative to injectable Growth Hormone (GH). Injectable GH is recognized as having significant effects as an anti-aging tool, however, it is extremely expensive and must be given by daily injections for prolonged periods of time. Clinical Trials performed by Dr. Daniel Rudman in the 1980’s found that injectable GH could reverse biological age in the 60-80 year old group by as much as 20-years if administered daily over months or year. The factors that were measured during the Clinical Trials included fat to muscle ratios, skin thickness and elasticity, hair growth and density and hand grip strength, plus there were positive reports of improved libido, energy and well being levels.

Sermorelin is much less expensive than the drug copies of Growth Hormone, like Norditropin, Genitropin, etc, and it does not require daily injections to be effective. It is available in a sublingual Troche that can be taken under the tongue once daily at bedtime rather than given by injection. Sermorelin is available by prescription only from compounding pharmacies.